We’re really excited to announce the launch of a new venture with the iconic five-star Scottish hotel, Gleneagles.

The painstakingly refurbished Gleneagles Hotel is now owned by the Ennismore Group, a progressive hospitality operator and developer which also owns the Hoxton group of luxury hotels which are situated in some of Europe and America’s most attractive cities (including two in our very own London). Headed up by founder and CEO Sharan Pasricha, the group is one of the UK’s fastest-growing businesses and the vibrancy and excitement that is evident in their youthful team have made this a great project. 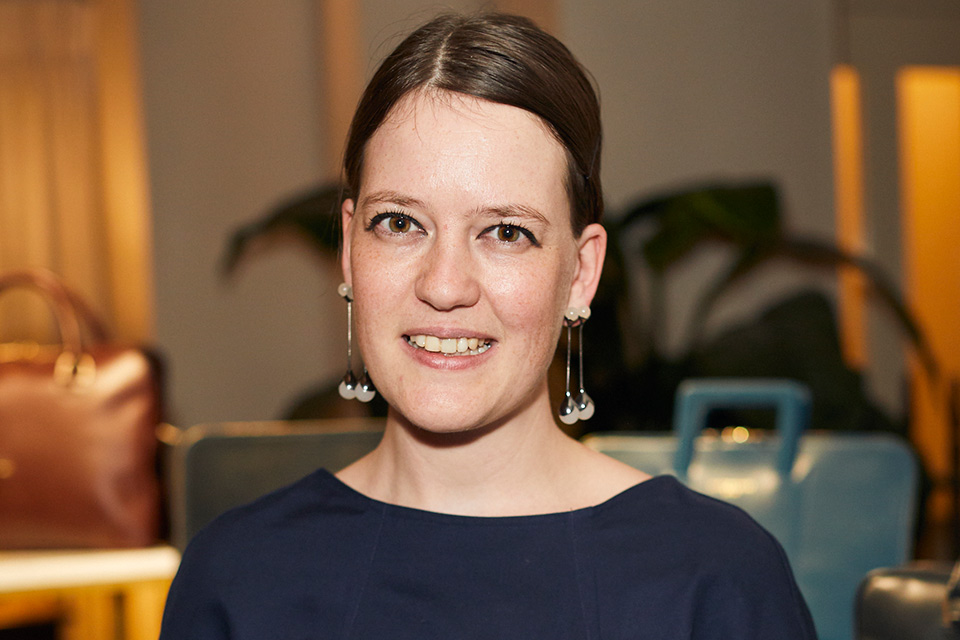 Designed by Ennismore’s in-house designer Hanna ter Meulen the joint-branded range was recently launched to the press in the new London headquarters for Ennismore at the old Sessions House in London’s Clerkenwell area.

It’s part of a great initiative on the part of Gleneagles to expand its retail offering in the hotel’s historic shopping arcade. The hotel was originally built by the Caledonia Railway Company, first opening its doors – and dedicated railway station – in 1924, and is one of the country’s most iconic railway hotels. 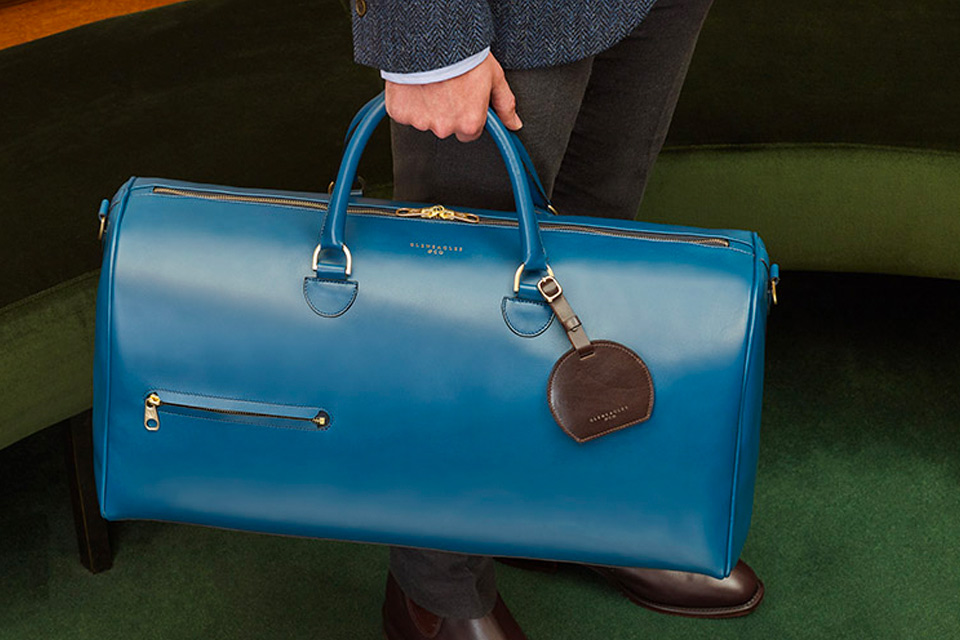 Comprising a range of holdalls, cross-body and messenger bags, the collection carefully balances old-school elegance, redolent of the hotel’s gracious roots, with a contemporary aesthetic, and the pieces are charmingly named after railway stations on the London to Gleneagles train route.

The collection’s colour palette of deep navy, rich brown and irresistible teal references those colours typically used to decorate steam locomotives during the early 1900s. Further, the specially-commissioned lining fabric, which features iconic Scottish thistles, offers a glimpse of the hotel’s past, having been inspired by a wallpaper pattern discovered in the hotel’s archives. 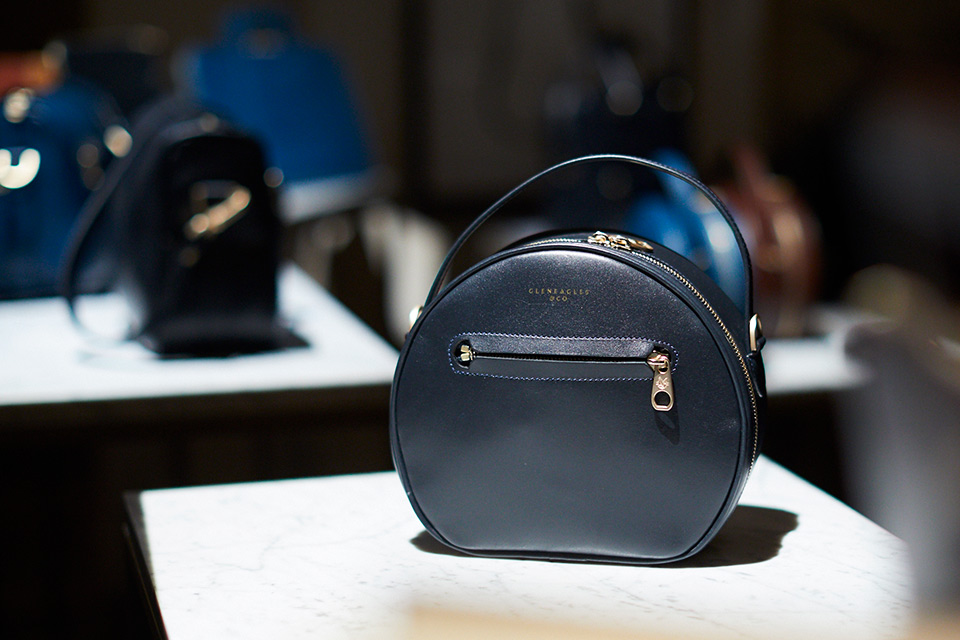 The collaboration project took around a year from the first conversation to the eventual launch, from concept drawings through many iterations of sampling and refinement and sourcing of just the right leathers.

Now on sale in the hotel itself, the Tusting for Gleneagles range is also available on the Gleneagles website. 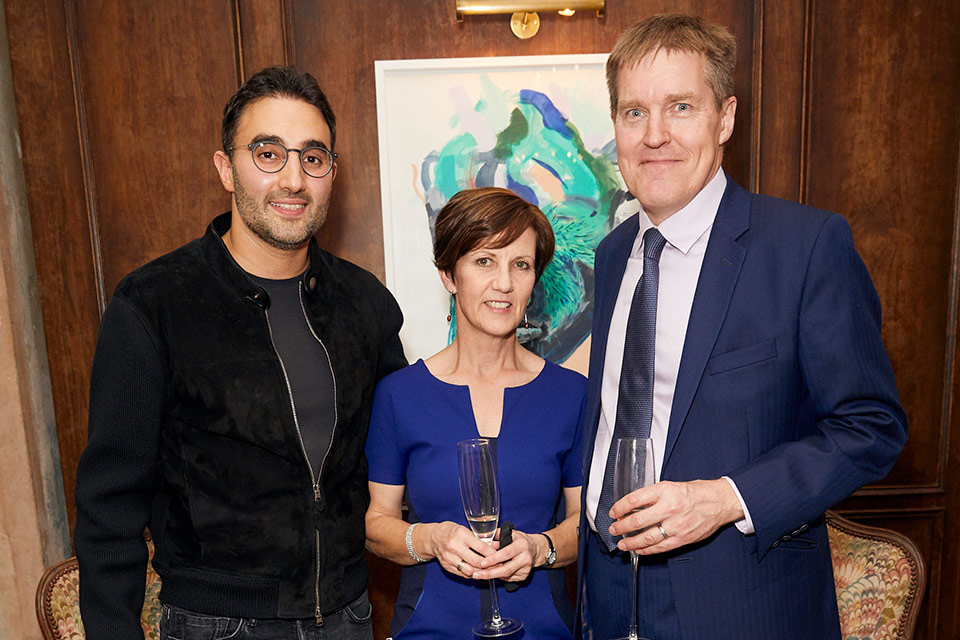 The folks at Ennismore threw a lovely party to launch the new range to the press and key influencers at their stunning HQ in the Old Sessions House in London’s Clerkenwell.

Chefs, cocktail mixers, a band and an ‘eagle’ (actually Lima, the harris hawk) all made the trip to London from Gleneagles to bring the hotel’s flair to the party, whilst we showed off not only the finished pieces, but the leathers, knives and methods used to make them.