Austin and Howard Mutti-Mewse, twin brothers from New Malden in Surrey, sent their first fan letter to a Hollywood star in 1985. They had become fascinated with Hollywood during Saturdays spent with their grandmother watching black and white films. After seeing Lillian Gish in ‘The Wind’, a silent film from 1928, they wrote to her hoping she might send a photograph for a school project they were researching.

Surprisingly, Lilian Gish wrote back, with not just a photograph, but details – including addresses – of other starlets of that era.

So began 30 years of corresponding with, and befriending a dazzling array of stars from the golden age of the silver screen, starting with letters and progressing to telephone calls. In 1992 Austin and Howard made the first of many trips to California, staying with former actress and singer Joy Hodges who took them to parties all over Palm Springs, Bel Air and Beverly Hills. They had lunch with Ginger Rogers, eating mostly lettuce leaves, and took advice from Bob Hope on the importance of midday naps. Sinatra cancelled on them – twice – but they ran into him at a pool party. 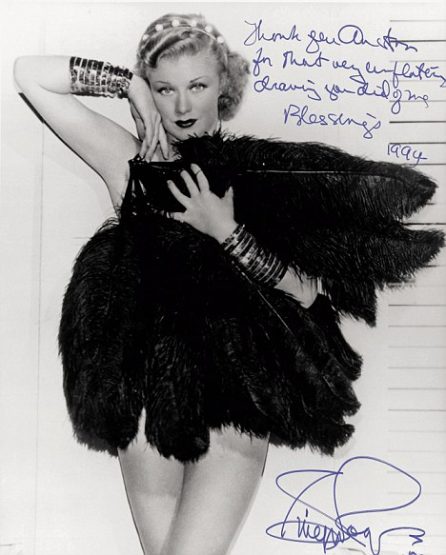 The brothers, now 44, have recently penned a book (I used To Be In Pictures) on their unusual experiences with the Hollywood stars of yesteryear but both have forged careers in the fashion industry and are experts in British luxury menswear.

Austin Mutti-Mewse, although now first and foremost a writer, is still in high demand in the menswear world and is currently Creative Director for Sienna Jones. He’s also the Curator for high-end menswear company Trinity Brands, which includes sporting heritage brand Kent & Curwen in its portfolio; backer David Beckham has dubbed Austin ‘the History Man’.

Summarise what luxury means to you

I’m a huge fan of luxury, but for me, it doesn’t necessarily mean ‘expensive’. To me, luxury is a really personal thing, and it’s more bespoke, more about being a considered process. A gift my grandfather gave my grandmother epitomises it for me – it was a special handbag which he had commissioned, to his specification, so that it was entirely a one-off, something no single other person had. This is different from the more conventional idea of luxury which is often about big and expensive brands, which are special largely because few can afford them.

What five things could you not live without?

1. Pen and paper – and I always write long-hand
2. Laughter
3. A really good tailored jacket: you can dress one up or down, but it should always be worn with a pocket square
4. My family – my wife Joanna and son Nathan. Joanna is absolutely my best friend and has been constantly supportive of my writing hobby and this has been instrumental in allowing it to become my day job. We met at the erstwhile gift store Brats on the Kings Road and she followed me to Wimbledon Village where I managed a restaurant frequented by tennis stars – I knew immediately I’d marry her! Our gorgeous son Nathan keeps us grounded and is responsible for my ‘most-watched’ movie being the Pixar film UP! rather than any of those golden oldies starring any of my Hollywood stars.
5. My garden. Not only is it a wonderful way of expressing myself creatively, it’s also great exercise.

How important is Made in Britain to you?

Incredibly important. Heritage is a huge part of our Britishness, and longevity and provenance are particularly important in the fashion industry. If you take a stroll down Savile Row and look through all those basement windows you’ll see many tailors working way past ‘retirement age’ – it’s how they pass their trade on to the younger generations so effectively. This is true in the film industry too, where there is also no ‘given’ retirement age, allowing masters to continue to ply their trade and bring on new experts as they work. This lasting mastery is perhaps the critical ingredient of all British craftsmanship – and why it is that global markets value British luxury goods so highly.

Having time to read – I’ll devour any words I can get my hands on, and having the time to sit and enjoy them is a treat in itself. Taking a drive to the sea in a vintage car – a Morgan by choice – and walking by the shore… even blustery British shores are wonderful, though I’d choose an amble from Venice Beach to Santa Monica pier if I could!

What’s in your bag?

Always immaculately dressed, Austin is the proud owner of a personalised black TUSTING Clifton Backpack which he chose because it’s so sharp and so different from the bags he usually uses. He says of the Clifton: “I haven’t owned a rucksack since school days but, since I got it, it’s the only bag I’ve been using and I feel completely modern – hands-free! And it’s great for one’s posture. My chum, cricketing star Nick Compton, has been admiring the shape, thinking it’s very cool – for me, that’s a real compliment! In the summer sun, the aroma of the leather is something totally luxurious – that’s my Clifton”.

In his bag, he always keeps a notebook and fountain pen, a pair of sunglasses, an address book (yes, an old-fashioned paper one) and – perhaps as proof that every detail matters –  a little bottle Aqua di Palma fragrance.

You can learn more about Austin’s current project at www.muttimewse.com