Embodying the style, heritage and cheekiness that TUSTING so love, The Tweed Run is the sharpest most coveted and anticipated group cycle ride in London. It’s a one-of-a-kind annual event where participants don their finest tweeds, brogues (and leather accessories!) and take to their bikes to cycle through London, making stops along the way for picnics and tea and finishing at a rousing festival of bikes.

Places on The Tweed Run are in high demand, which is unsurprising when you consider the lifestyle that has evolved around the culture of cycling. Tickets sell out within minutes, with attendance from London’s movers and shakers: from fashion and accessory brands to tech bods and high-end bicycle makers.

This year two TUSTING family members were part of around 1300 cyclists taking part in The Tweed Run. William Tusting attended with young Fin Tusting, who at the age of 16 is a budding filmmaker and thoroughly captured the essence of the day in glorious video.

The scenic twelve-mile ride began in beautiful Clerkenwell, with the dapper peleton in plus-fours and bow ties riding past a host of London’s most iconic landmarks including Buckingham Palace, the Houses of Parliament and the Natural History Museum. A whole host of bikes were brought out for the day, from Pashleys to Bromptons and even the odd Penny Farthing or two. 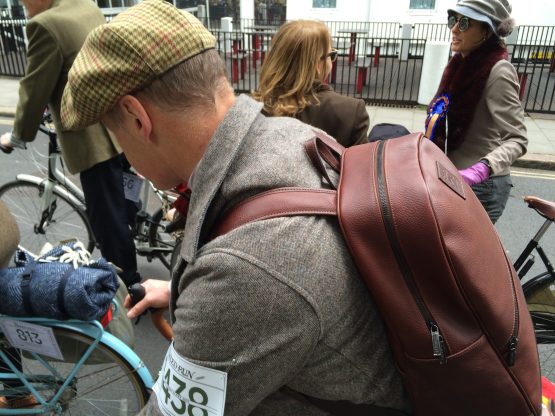 Our Clifton backpack in Chestnut

Organised by Bourne & Hollingsworth and hailed as “the metropolitan bicycle ride with a bit of style”, The Tweed Run has gained international success. The New York Times’ legendary street style photographer, Bill Cunningham, was once quoted as saying The Tweed Run was “reinventing the catwalk” when it visited New York. 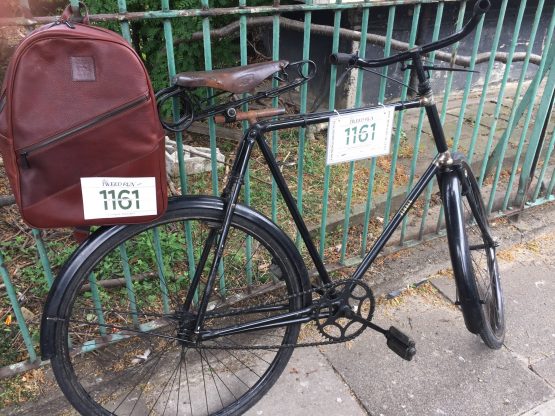 The bike (and bag) of Matt Baker of Sussex, who won the prize of a Clifton in our competition with The Tweed Run/Bourne & Hollingsworth. Matt rode a cracking old bike with what looks like the original Brooks saddle on it – impressive!

The ride comes to an end where it began, in Clerkenwell’s Spa Fields Park where cyclists were welcomed by local cycle vendors and shops, innovative inventions, cutting edge lifestyle brands, street food, live music and cocktails, set to the backdrop of cycle-centric entertainment. The customary closing ceremony takes place with prizes awarded for the best-dressed man and woman, smartest bicycle and finest moustache. 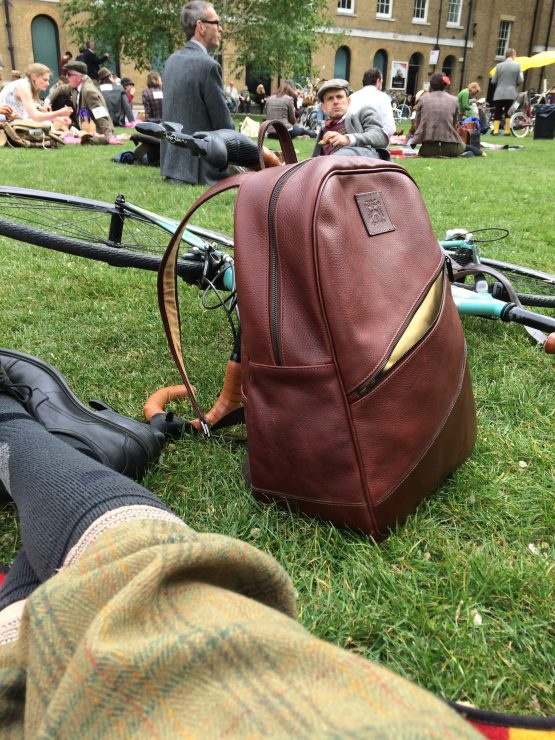 Despite coming away from this award ceremony empty-handed, both Fin and William Tusting enjoyed the day, with William sporting our essential biking companion: the Clifton backpack in chestnut, a colourway that is new for Spring.

Of the day, William says: “What great way to relax and see London dressed in the finest tweed! At a steady pace, we enjoyed the very best of company with fabulous British style”.

Thanks to Brenda Puech for the lead image of Fin Tusting! 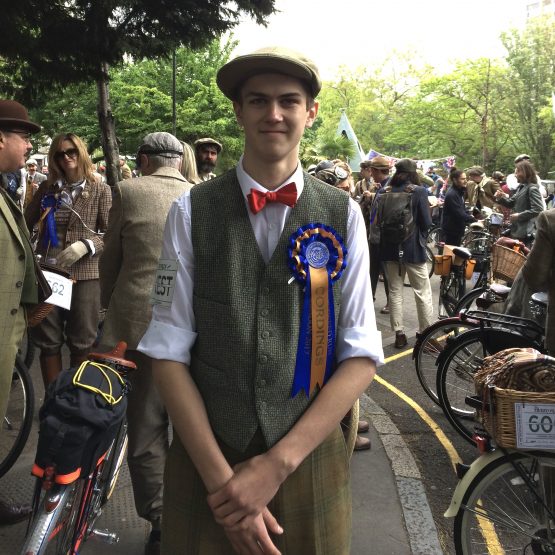