We were lucky enough to shoot with David Evans, otherwise known as the Grey Fox Blog, last week. Along with some other excellent Made In Britain brands such as Pantherella Socks, Cheaney Shoes and Spoke, we spent the day with David shooting our current styles (and some of our upcoming AW15 collection – more on that later) to coincide with London Collections: Men (LCM) commencing this Friday June 12th.

With LCM in mind, we wanted to collaborate with a menswear blogger that represented TUSTING to perfection and naturally Grey Fox Blog instantly came to mind, as David himself is a big supporter of British-made menswear – totally fitting for us and for the biggest British menswear event of the season.

It was such a pleasure to personally work with David as we have been fans of his mature yet sleek and stylish blog for years. David has also been an avid supporter of TUSTING since the inception of Grey Fox in December 2011, and has even been to see the nuts and bolts of what goes on in our factory and featured in our “Five Mintues With” series of blog posts.

We’ll be featuring more of the content from this shoot but here are some behind the scenes images taken on the day, as well as a sneak peak of some of those news bags for this Autumn! 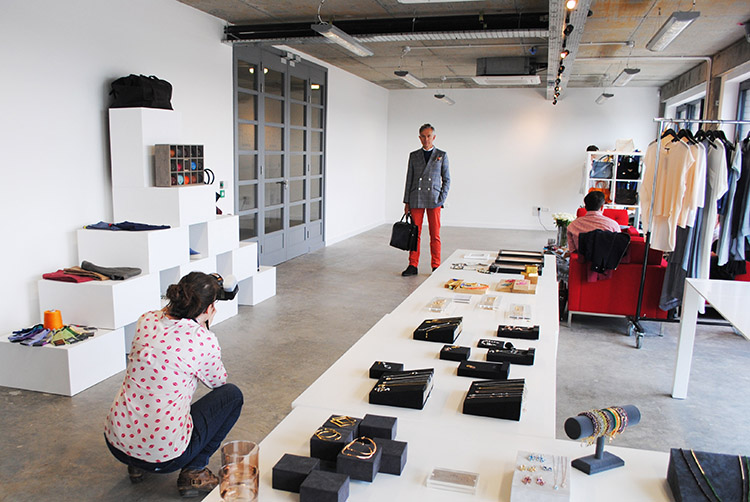 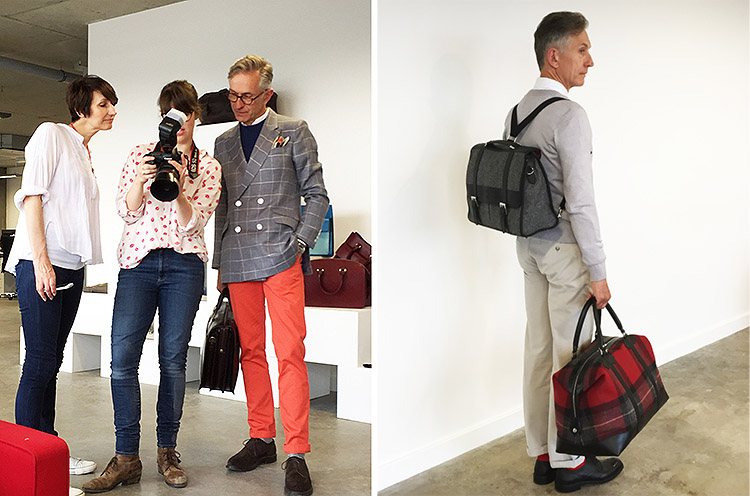 Do head on over to David’s blog, Grey Fox, where he has lots more looks and a great competition, and if you are on Twitter, check out the hashtag #GreyFoxLCM to follow the conversation around this campaign.

The shoot took place in the lovely (very arty!) showroom space of our PR team, PushPR at The Arts Building, Finsbury Park, London with the awesome help of Photographer Clare Walsh and Stylist Sarah Gilfillan – our thanks to all!