Stories From The Archive:
Bill Larkins and the Turner Pinwheel Machine 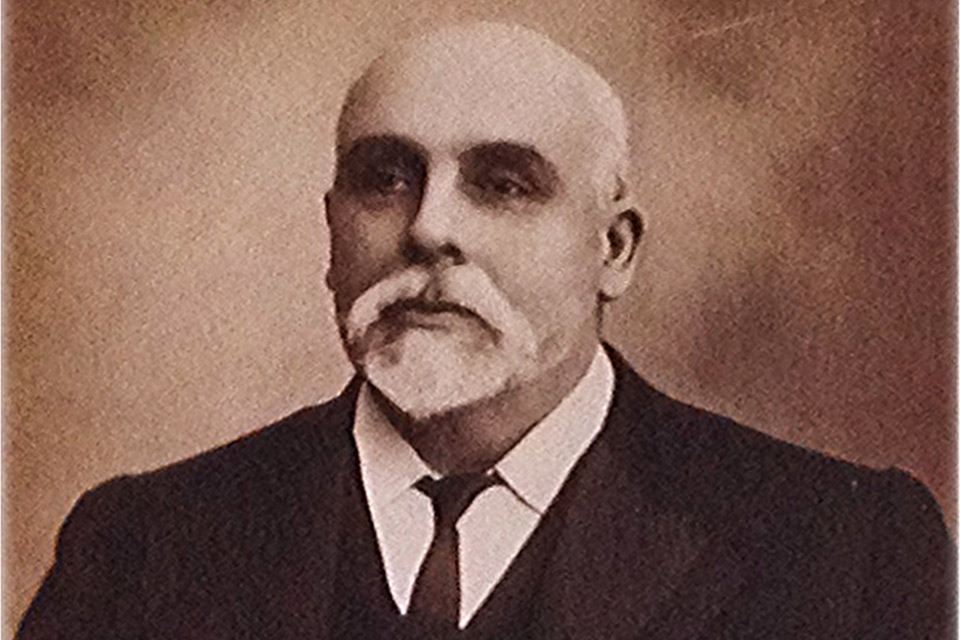 Around the turn of the 20th century, when his new tannery was now well established and doing well, Alistair Tusting’s great-great-grandfather, Charles Pettit, was keen to buy himself a wondrous new machine – a motor car. 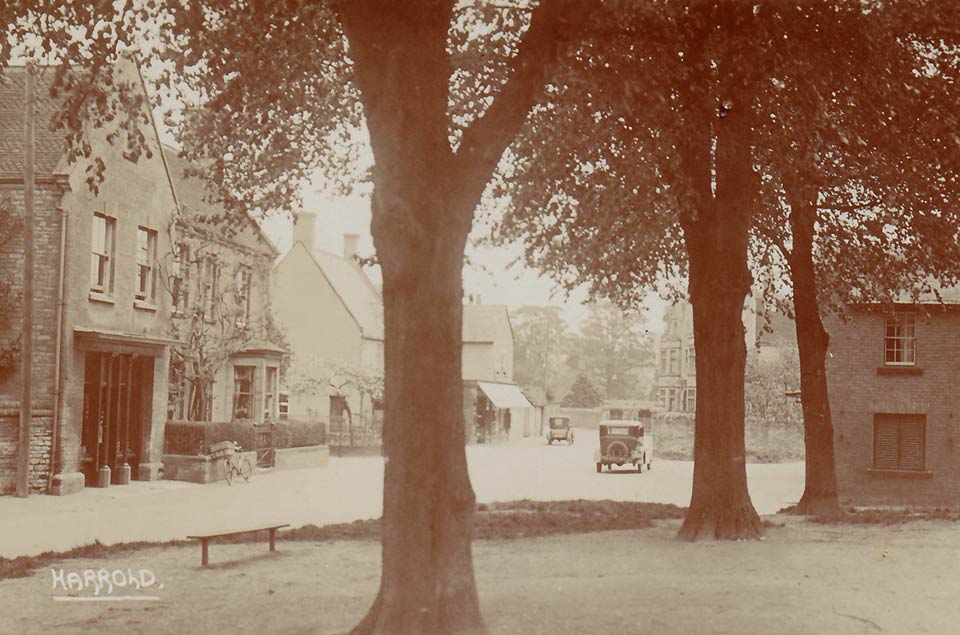 However, his coachman, a man called Bill Larkins, didn’t share his enthusiasm.  In fact, he didn’t approve of motor cars at all, and refused to drive it when one arrived to replace his horse and coach!

He was so adamant in his refusal that he took up a post in the tannery instead.

[Pic: Early motor cars in the village of Harrold in the late 1800s where the first Tusting tannery was located.] 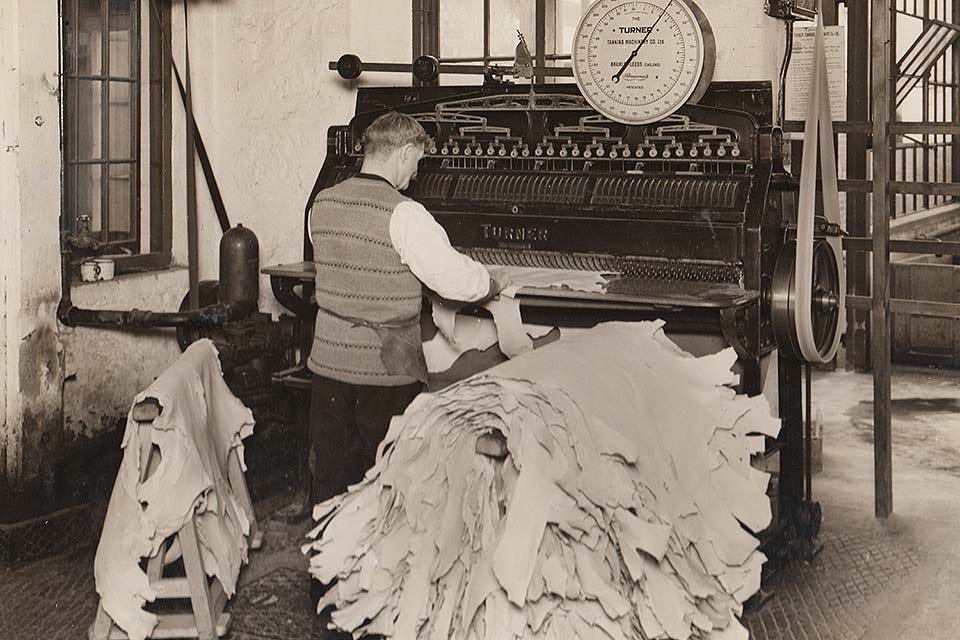 In the tannery, Bill took responsibility for the operation of the Turner Pinwheel machine.

Leather was – and still is – sold in square feet, but the exact area of a hide is difficult to measure, being such a random shape, with an uneven outline. The pinwheel machine sets down a network of little metal posts, or pins, on the hide and counts the number in contact with the hide. Each represents a tiny unit of area and this is multiplied by the number of pins in contact with the leather, so measuring the net area of the hide.

So Bill still had an important role in the family business, even if he did end up tending a machine anyway.