Ruth Dawkins, who writes the highly acclaimed blog Dorkymum, uprooted her family and moved from the UK to Hobart, Australia, late last year. She had not long purchased her husband a Clipper in Aztec Crazyhorse so we asked her to write and let us know how they got on…

My husband Young bought his expensive pen years before he met me. It’s a beautiful black and gold rollerball. The refill cartridges are hard to find – I have hiked across many a city in search of them – but the pen rests easy in his hand, and has always helped with finding the right words.

The briefcase has been more of a challenge. In the ten years we have been together he has been through at least half a dozen. They have been too big, or not big enough. The shoulder strap has chafed. The lining has torn. One was stolen from his feet in the reception of a fancy Mayfair hotel.

Last summer – the middle of July – Young came home from an afternoon in London. “I’ve found it,” he said. “I’ve found the bag.” He pulled out his phone and showed me a blurry shot of a leather satchel. “It’s on the third floor of Fortnum and Mason,” he said. “It’s beautiful. I’ve no idea what it’s called.”

That summer was a busy time for us. We had holidays organised for Scotland and the United States and then, in the first week of September, we were turning our lives upside down, moving with our five-year-old son Tom from the UK to Australia. We didn’t really have time to spare for shopping trips, but if Young thought he’d finally found the perfect briefcase, then it was worth a second look.

Armed with that one out-of-focus photo, I took the train into London myself. I hiked up the stairs of Fortnum and Mason, working hard to ignore the lure of the Food Hall. It took just a few minutes of scouting around the gentleman’s accessories before I found what I was looking for. Young was right. It was beautiful. It was a Tusting Clipper Satchel in Aztec Crazyhorse.

It was £400 that we really didn’t have to spare – £400 that should really have gone towards moving costs. But Young’s birthday was at the end of August. I bought it for him. How could I not?https://www.tusting.co.uk/product/the-clipper/

Heathrow to Hobart is about as far as you can fly. It is thirty hours on aeroplanes. Eleven thousand miles. Normally it means two layovers in airports, but due to a ticketing error, it turned out to be three. And it is no exaggeration to say that we trusted that lovely Tusting bag with our lives. It is where our passports went. The visas that would allow us to live and work in Australia. Young’s contract for his new job. The address book containing phone numbers for everyone we needed to meet within our first week – banks, doctors, schools, estate agents. Our insurance policies. Our driving licenses. Enough snacks to keep Tom’s energy up in all those airport queues. And, of course, that special pen.

The jetlag and nerves meant that we lost other items en route. I left an iPad in the scanner tray somewhere in Dubai Terminal 3. Tom’s jacket never made it past Melbourne. But the satchel didn’t leave our sight. The satchel was everything. 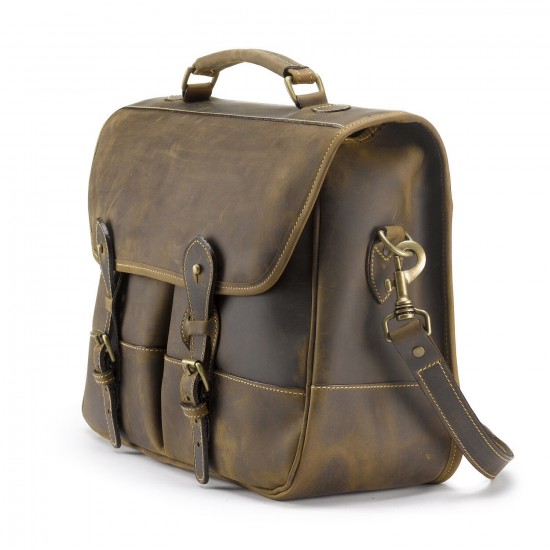 Ruth Dawkins is a writer and campaigner. Check out her brilliant blog at http://dorkymum.wordpress.com